Our top 10 places to visit in Argentina

In order to fully enjoy Argentina, here is a small tip: Don’t be afraid of long-distances! Not the ones resulting from this huge country; nore the ones you could imagine coming from a different culture or language, Argentinians are very chatty and welcoming!

For a two-week trip it would be rather impossible to visit the whole country (There is still 4377 km between the Iguazu waterfalls and Ushuaia). One is better off splitting on the one hand Patagonia, the Perito Moreno glacier, marine animals from the Valdes peninsula, horses and gauchos from SOLIECOL (Not within the turistic paths but extraordinary!) and on the other hand the North, Misiones province on the East, Salta and Jujy provinces on the West. For each of these destinations, what you need to have in your suitcases will be totally different! 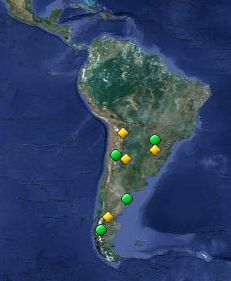 In Patagonia; one has to cover up! The best moment to visit is from October to April, but it can also snow in the middle of the summer, which means January as seasons are reversed. The “layer on top of layer” solution is best, be careful with the wind, omnipresent in the area. To specifically see the whales in Puerto Madryn, it is best to go there in September / October.

In the North climate is tropical in Iguazu but arid towards the Andes. It is best to avoid months between December and March as it is incredibely hot during this period. For the brave ones the carnaval is in February; it is an reknown event and the center of it is Corrientes. For the sportive and party-animal ones, the Jesus Maria festival in Cordoba early January brings rodeos and tradional songs for ten days! With the exception of heights above 3000 meters, temperatures are pleasant the rest of the year.

Make sure to wisely chose the period you are going depending on the itinerary!

If your trip includes a SOLIECOL circuit, we can help you prepare the before / after parts of yoru trip; especifically to give you more precise advises.

The Glaciers national parc is in the south of the Andean Patagonia. Its main attraction is the Argentinian lake, 160 km long and surrounded with three glaciers whose icebergs fall into. El Calafate is 3-hours away from Buenos Aires by plane (regular national flights with Aerolineas Argentinas and Latam). Book your hostel online, there are very varied. For the Perito Moreno excursion, we advise the glacier’s mini trekking; it includes a boat ride. It should be around 80 euros with the transfer and the half-day activity. If you have a few more days, we strongly advise to reach the El Chalten village, 200 km North West (Transfer with a bus or car rental) on the other end of the national park, listed as UNESCO World Heritage Site.

Two hours away from a little village called Perito Moreno (Watch out for false friend, this one is 600 km from the glacier!), the Cueva de las Manos hides in the Rio Pinturas Canyon. But it isn’t even a cave as its name (Cueva) could suggest but more the edge of a cliff. Talking about the hands (Manos) they indeed are here, and have been for 10 000 years!

Unless going with an autonomous vehicle, it is quite difficult to get there. If you continue towards the north on road 40, there is the possibility to go with a bus between El Chaltén and Esquel, with a touristic stop of a night and half-day (To go see the 3Cueva”) in Perito Moreno. It is the cheapest option, talking about time… It’s holidays! 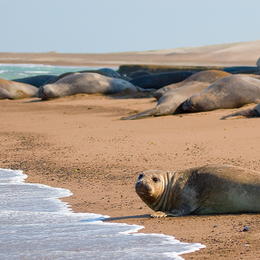 The Valdes peninsula is 1300 km from the capital and is the north spike of Atlantic Patagonia. It hosts many endangered marine species; whales; orcas; sea elefants and lions from the Sotuh. In Puerto Madryn, the closest town, some agencies offer boat rides, but one can already see and listen to the whales from the Puerto Piramides beach!

The seven-lake circuit lays over more than a hundred kilometers between Bariloche, San Martin de Los Andes and Villa La Angostura/ The most-to-the-south lake is the Nahuel Huapi (560 km2). Come then the more modest but also gorgeous Correntoso; Espejo, Lago Escondido, Falkner, Vallarino and Machonic lakes. Special note for the Traful lake that is really close and really deserves a visit! It is full of trouts and guarantees peacefulness in its forest’ shade.

Obviously, you can’t miss the capitale! Capitale of the country and also of tango. It is the place for it. You can specifically enjoy it in the neighborhood San Telmo. Buenos Aires is a cosmopolitan city, very alive that you can enjoy both for its monuments and historical background (Recoleta neighborhood holds a cimetary full of celebrities, the Boca one an impressive football stadium and warm -coloured buildings) than for its night life.

Ischigualasto, “the place where the moon sets” (In Quechua language)

The national parks of Ischigualasto and Talampaya (Or the moon valley) are respectively set in the San Juan and la Rioja provinces, spreading on a total surface of 275 000 hectares. They host fossiles of 200 million years old; ancesters from plants and dinosorous. Desertic scenes, travel in time, absolutely magical.

Precise description and breathtaking pictures are on the UNESCO webpage: http://whc.unesco.org/fr/list/966/ 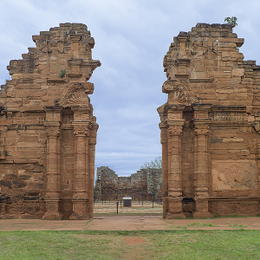 Cordoba is one of the oldest cities in South America; it has been founded in 1573. Several religious order have settled there especially the Jesuites who built many of the monuments that can be visited.

Cordoba is in the middle of the country and easy to access.

The Iguazu river crosses the border of Brazil and Argentina and then falls into the Parana river. 25Km earlier, it suddenly drops of 80 meters and forms a semmi-circular cataract of a length of 27000 meters, in the middle of a subtropical humid forest. The nationl park hosts a natural beauty without any possible comparison and thousands of endemic vegetal species on top of an exceptional fauna: tapirs, jaguars, eagles…

This site is easy to access because it is very touristic, flights from Buenos Aires take 6 hours (the cheapest one is 300 euros for a return ticket), by bus it will take you 20 hours for half the price maso (Argentinan oral word that is the abbreviation of “mas o menos”, which means “more or less”, to be added to your dictionary!) 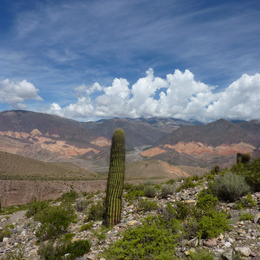 Quebrada de Humahuaca is a valley next to the Chilean border, in the Jujuy province. It is a desertic area crossed for 10 000 years by a business axis, notably prehistorical and inca ones.

For the ones who counted precisely, you will only find 9 places mentioned here-above! Best at last, the greatest place not to be missed: Road 40’s center, Chos Malal. We will wait for you eagerly! 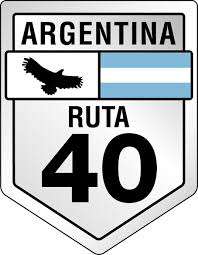