Useful information to travel in Argentina 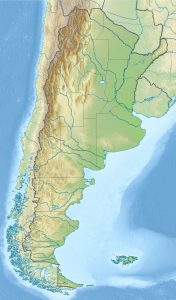 Argentina is spread over 2,7 million square kilometers from the tip of the South American continent ; it is as big as five time the length of France ! This hugeness means a lot of landscape variety : To the East : The Atlantic ocean with almost 5000 km of coastline ; to the West, the Andin Cordillera with Aconcagua, reaching 6960m height ; to the North the tropical forest of Iguazu or the desertic planes of Jujuy ; to the South the Ushuaia glaciers. Right in the center we can find the famous pampa, including the capital ; Buenos Aires, second largest metropole of the continent by its size.

Patagonia is a geographic zone, splitted politically between Chile and Argentina, and between Pacific and Atlantic oceans, going through Andean Cordillera and Pampa ; on barely more than a million square kilomters.

Road 40 goes through the country, going along the Andean Cordillera for 5301 km. Kilometer 0 of the road used to be right in its center, in Chos Malal, that was equidistant from Ushuaia to La Quiaca. But the pavement of the road has altered the route, and the way kilometers are counted. However the memory of this center still has its monument in the city of Chos Malal !

The climate is indeed as diverse as the landscapes ! In summer the 45 – 50 degrees of the North-West of Argentina are hardly bareable, in winter the -20 / -30 of the extreme-South are hardly bareable either ! So it is important to define the right time to visit. Otherwise ; the climate is mild ; Buenos Aires is at the same distance from the Equateur as Berlin. Apart from the Pampa that is a humid plain, convenient for agriculture and breeding, and from the North-East where climate is sub-tropical, the rest of the territory is semi-desertic.

The Neuquen province, located North of the Argentinian Patagonia, where the SOLIECOL invites you is a semi-dry steppe where the wind blows very strongly and where it (almost) never rains. Temperatures are similar to the ones in Europe, down to -10 degrees in winter and up to +30 degrees in summer.

Argentina counts 40 million inhabitants, which means a very low density: 14 souls per square kilometer, against 113 in France. However, 3 million people live in the capital, 14 million in the Buenos Aires province ; therefore the repartition of the population is very uneaven, with only 10% in rural areas.

The president is Mauricio Macri since the 10th of December 2015. He stands under center-right and intends to drive big reforms, especially economic ones. Up until now, the inflation has been reduced by half and the image of Argentina on the international scene has been restored ; however the elites’ corruption, the lowering of the oil exports and the lack of competitiveness in the industry sector slow down these progresses. On top of that  the country is split into 23 provinces that have very unequal ressources and are quite independant in their administration. Therefore the governers do not hesitate to go against the national directive in order to defend regional interests, facing the extreme centralization of economic and political powers that always favour Buenos Aires. This is the case for the last three centuries.

An important interruption in the modern democratic cycle has happened between 1976 and 1983, when General Videla’s military junta reigned. Dictatorship stopped in 1982 with the defeat of the Malouines’ war against England.

Voting is mandatory, only the minors between 16 and 18 years old who are allowed voting since 2012 are not obliged to vote. Politics is as popular as football in Argentina, and similar in the sense that rules exist and are set but no one actually respects them in the field. Corruption methods during campaigns are totally known by everyone and prevent from democracy’s expression. During a vote it isn’t people’s voice that is heard, only the voice of the ones who scream the loudest. There is a structural opposition between people that depend on the state to work (3,5 million people according to the Argentinian governement) and the workers from the private sector.

The national currency is Argentinan Peso. In September 2019 you get 57 pesos with 1 dolar. 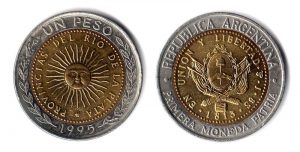 Unemployment rate is at 9%.

Argentina’s main exports are cereals and soja derivatives, corn and wheat as well as cow meat, and also automotives for goods transport. Its main imports are leisure vehicles, petrol derivatives and electronic devices.

Argentina’s population background is made of mixes between indigeneous autochtones and European colons (Spanish, French and Italian mostly). These two descendances are very clearly distinguished and the clivage between black and white omnipresent. Conflicts based on them are plentiful, especially when it comes to land property as indigeneous endlessly ask for the restitution of the lands taken by the colons. The desert conquest is too far back (1880) for justice to be made, genocide has drastically reduced their population and their way of living can’t (and shouldn’t) be adapted to the modern country that Argentina is becoming.

National language is Castellano, it simply is Spanish, containing many variations! Some words mean something different or simply do not exist, but overall gramar and conjugaison are identical. Indigeneous languages from the Quechas, Qoms and Mapuches amongst others have almost disappeared, and are solely used within the communities.

The catholic religion has been violently imposed to Autochtone populations : Young ladies were kidnapped and raised in convents, young boys were sold to serve in the capital’s houses. In one century, any practice of the various communities’ spirituality has been reduced to private circle practice only. Today 97% of the Argentinans are catholic, 2% are jewish. Secularism is respected even if the Constitution names Catholicism as the national religion. Pride of the believers: the Pope Francis is from Argentina !

Argentina’s culture is therefore not homogeneous at all ; in such a big country that would be a surprise ! Tango is only popular in Buenos Aires, everywhere else one dances Chacarrera or Cueca ; and a gaucho is an independant breeder that lives in the mountain ; not in a pampa’s estencia. The only way to know the culture of a country is to visit it !